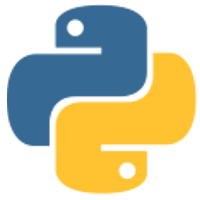 Resurrecting the blog series about Python and Udisks, today I’m going to talk about how to get some more informations about the devices using properties.

First of all, I apologize for the delay in posting this continuation, it was harder to write than it looks. The delay is due to a change in how DBus communicate with UDisks. Since everything is very new, the documentation isn’t complete and there is no tutorial on the internet. So, my search for the error line did not return any results. Below is the code I was using and the DBus error:

After some days of research and failed attempts I decided to do something that many people avoid: read the source code from other projects. After some research I found the liveusb-creator project, which use UDisks and DBus to detect new removable devices. My solution was in the creator.py file (more specifically at the method handle_reply, from lines 445 to 450) available here.

Let Me See The Code

Clarified the issue, I’ll show the solution. Our intention is to obtain information about a flash drive device or other removable storage device connected to our computer. So, we will test whether the storage device uses or not the USB communication interface. Take a look at the following code:

According to the last line of code above this device uses an ‘ata’ interface to comunicate with the system, so it isn’t a removable device. Since we are only interested in devices that connect via USB, let’s iterate over the devs array and test if the DriveConenctionInterface property is equal to ‘usb’.

Note that I used the DeviceFile property to get the block device path.

As seen on the devs vector iteration we found two devices /dev/sdd and /dev/sdd1, but both represent the same physical device. In my last post I talked about this behaviour. To avoid it we must test if the current device is a partition table:

Done! Now we can chose only the removable device that we want.

Are There More Properties?

In the official UDisks documentation there is was a Properties section that list all properties with a brief explanation.

To reduce the work, is possible to use the GetAll method, which returns a dictionary containing all the properties and its values. It can be used as below (part of the output is omitted):

In the next post I’ll show how to call some of the methods presented in UDisks documentation.