Recently a nice application called Gnome-Pie, made by Simon Schneegans, was released. According to the author it was inspired by an add-on written for the game World of Warcraft called O-Pie. I have to admit that it remembers me a lot PieDock, although it has a really different approach and usage, giving you the possibility to invoke a lot of different "menus", you can even control you media player!

Despite Gnome-Pie early release it already has a lot of nice features and themes. Let’s take a look at this video to better understand it and then I’ll show you how to install it on Ubuntu and Arch Linux:

If you use Ubuntu, the installation is pretty simple, just throw the following lines in your terminal:

There is a package for Gnome-Pie in AUR but it’s broken, so lets take this opportunity to remember how to manually compile a package. First let’s grab the source code from GitHub:

And then we compile it:

Everything should have ended fine! Try running it with ./gnome-pie. Perfect right? Good, now lets install it:

Done, now we have it properly installed!

Using Gnome-Pie is really simple. By default it has six default "pies", each one has it’s own keyboard shortcut: 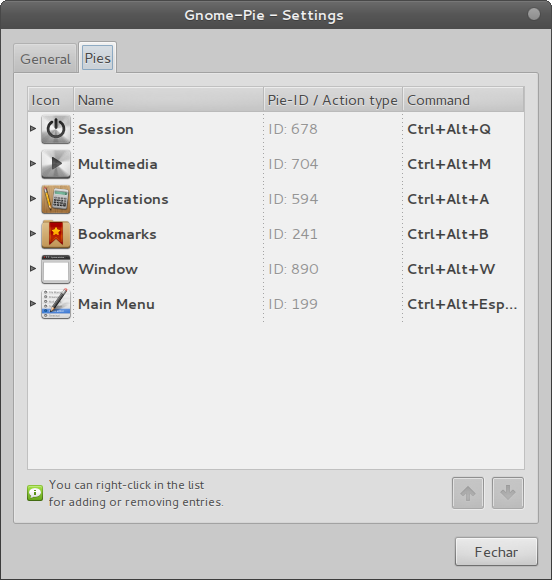